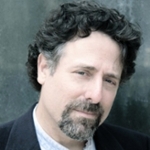 Professor of English and Creative Writing

Professor Joseph Skibell studied at the University of Texas, Yale University, the University of Chicago and the Michener Center for Writers at the University of Texas. He is the author of three novels, A Blessing on the Moon, The English Disease, A Curable Romantic; a collection of true stories, My Father’s Guitar & Other Imaginary Things; and a mythopoetic study entitled Six Memos From the Last Millennium: A Novelist Reads the Talmud. His work has been described as “daring in its … honesty” (New York Times); “witty and profound” (Jerusalem Report); “laugh-out loud humorous” (Forward); “brave … unafraid” (New York Journal of Books); “high-energy, wild” (New Republic); and “wholly original” (JM Coetzee). He has received numerous awards, most notably the Rosenthal Foundation Award from the American Academy of Arts and Letters, a National Endowment for the Arts Fellowship, the Sami Rohr Award in Jewish Literature, and Story Magazine’s Short Short-Story Prize. Skibell’s novels, stories and essays have been widely anthologized and translated, most recently into Chinese. His play Wooden Nickels was presented by Theater Emory in Spring 2020. Director of the Richard Ellmann Lectures in Modern Literature from 2008 to 2015 and a recent Senior Fellow at the Fox Center for Humanistic Inquiry, Skibell has been a visiting professor at the University of Wisconsin, Bar-Ilan University, and the Michener Center for Writers.