Poets Linda Gregerson, Brenda Shaughnessy, Anja Kampmann and Karolina Golimowska read work in translation, followed by a conversation with Creative Writing faculty member Jericho Brown. Attendees will be invited to join in with their own questions. 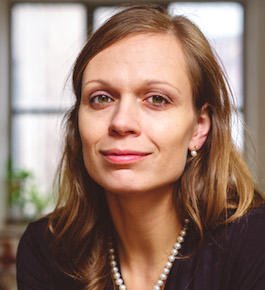 Karolina Golimowska works for Haus für Poesie (The House of Poetry) in Berlin, Germany, where she is responsible for poetry translation projects, among others the poetry translation workshop VERSschmuggel/reVERSible. She is the author of short prose and journalistic texts as well as a conference interpreter and translator. Holding a Ph.D. in American Studies, she is also a lecturer at the Freie Universitaet in Berlin. She will be reading and discussing the work of poet Ulrich Koch on October 28. 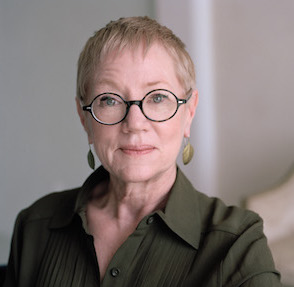 Linda Gregerson (b. 1950) draws lines with her poems between poetry and science. She is interested in how poetry learns from its neighbour and how it can honour it – with scepticism and resistance appearing as a possibility of expression. She is the author of six collections of poetry, most recently Prodigal (Houghton Mifflin Harcourt 2015). She has also written two critical monographs and is co-editor of Empires of God: Religious Encounters in the Early Modern Atlantic (Philadelphia 2011). Her essays on Early Modern English literature and contemporary US literature have been published in many journals and anthologies. Her awards include fellowships and prizes from American Academy of Arts and Letters, the Poetry Society of America, the Modern Poetry Association, the Institute for Advanced Study, the National Humanities Center, the National Endowment for the Arts and the Guggenheim, Mellon und Rockefeller Foundations. She is currently a Professor at the University of Michigan, president of the Academy of American Poets and a fellow of the American Academy of Arts and Letters. 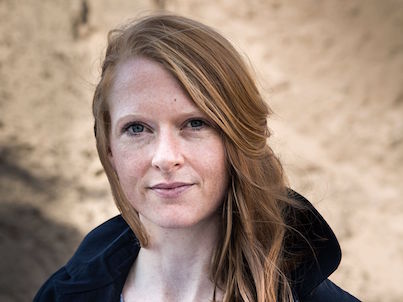 Anja Kampmann (b. 1983 in Hamburg) is a poet based in Leipzig. In her debut collection Proben von Stein und Licht (Hanser 2016) she records past and present landscapes in which the sometimes destructive drawing of boundaries between human and nature is crystallised. Anja Kampmann studied at the University of Hamburg and at the Deutsches Literaturinstitut (German Literature Institute) in Leipzig. She has published poems in such magazines as Akzente, Neue Rundschau, Wespennest and in the anthology Jahrbuch der Lyrik. In 2013 she received the MDR-Literature Prize, and in 2015 the Wolfgang Weyrauch Promotion Prize in the Literary March festival in Darmstadt. She was nominated for the Leipzig Book Fair Prize and the German Book Prize for Wie hoch die Wasser steigen, which won the Mara Cassens Prize for the best German-language debut novel and the Lessing Promotion Prize. In her latest collection, The Octopus Museum (Knopf 2019) Brenda Shaughnessy (b. 1970 in Okinawa) paints in light and humorous but confident strokes a picture of a future that comes out of our present, and in which, after the destruction of the oceans, humanity could be dominated by cephalopods. The author of five collections of poetry, she grew up in Southern California. Her collection Our Andromeda (2012) was one of the New York Times 100 Notable Books and was a finalist for the Griffin International Prize and the Kingsley Tufts Award. In 2018 Shaughnessy received the Literature Prize of the American Academy of Arts and Letters and in 2013 a fellowship from the Guggenheim Foundation. Her poems have appeared in such journals and anthologies as Best American Poetry, The Nation, The New Yorker, The Paris Review, Poetry Magazine and The Yale Review.

She is currently working on a libretto for the composer Paola Prestini as a commission from the Atlanta Opera for the 2020 season. She teaches at Rutgers University, Newark, as an Associate Professor for English and Creative Writing and lives in Verona, New Jersey.

(Ulrich Koch will not be in attendance on October 28; Karolina Golimowska will read and discuss his work.) 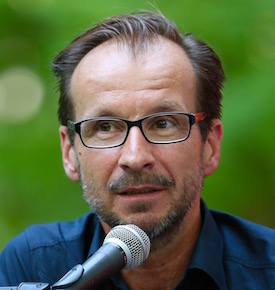 In his poems, Ulrich Koch (b. 1966 in Winsen an der Luhe) evokes everyday, remote and solitary places which leave a melancholy echo. He lives to the east of Lüneburg and works in Hamburg. His most recent books are Ich im Bus im Bauch des Wals published by Edition Azur (2015) and Selbst in hoher Auflösung from Jung & Jung (2017). As well as various fellowships including from the Förderkreis deutscher Schriftsteller in Baden-Württemberg and the Baden-Württemberg Art Foundation, he has received the 2007 Promotion Prize of the Stuttgart Writers’ House and the 2011 Hugo Ball Promotion Prize.