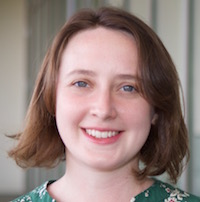 Emily Banks is a doctoral candidate in Emory's Department of English, where she studies 19th-20th century American women's literature. She holds a BA from UNC-Chapel Hill and an MFA from the University of Maryland. Her poems have appeared in numerous journals including storySouth, Muse/A Journal, Free State Review, Cimarron Review, Yemassee, New Orleans Review, and Pembroke Magazine. 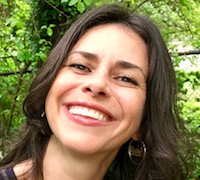 Amy Belk received her M.F.A. in Creative Writing (Fiction) in 2007 from Iowa Writers' Workshop, where she was awarded the Richard Yates Prize for Fiction. Her short stories have appeared in Fiction, Epoch, Eyeshot, and Off Assignment. Belk co-wrote the feature film I Used to be Darker, which premiered at Sundance and the Berlinale in 2013, received Best Narrative Feature at the Atlanta Film Festival that year, and was released theatrically by Strand Releasing in the U.S. and ED Distribution in France. She and director Matthew Porterfield received a 2012 Creative Capital Grant for another feature, Sollers Point, based on a short story they wrote together, which premiered at the San Sebastian International Film Festival in 2017, the Maryland Film Festival in 2018, and was released theatrically by Oscilloscope. 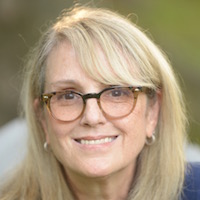 Patricia Henritze is a writer, teacher and theater artist with a focus on new works and collaboration. In 2016, she was an O’Neill Festival Playwriting finalist for The Bitch of Balaclava (developed through Theater Emory’s Brave New Works Program) and received the Alliance Theater Reiser Award for Idi Amin, America and a Bar of Soap created with CNN Hero Derreck Kayongo. Past playwriting projects include Who’s There? at the Budapest Fringe Festival, Antony+Cleopatra UNDONE, an extreme Shakespeare adaption at Skyline Stageworks (CHI) and Destiny at the Estrogenius Festival (NYC). In 2011, with Nicole Livieratos, she was part of Creative Loafing’s “Best of Atlanta” for their site-specific collaboration Proximity. As a director, her work includes the world premiere of Laura Jacqmin’s Milvotchkee Visconsin at Synchronicity Theater Company, Lee Blessing’s Going to St. Ives for the Essential Theater Festival, as well as university productions of Intimate Apparel and Macbeth. Patricia also collaborates with non-profits, using art as a tool for social justice. As Creative Director for Life Sentence, she directed touring performances benefitting the Georgia Innocence Project. Her play Snapshots was commissioned by the Women’s Resource Center to End Domestic Violence and performed in conjunction with the exhibit Off the Beaten Path: Violence, Women, and Art. Currently, she is working on a documentary film with The Clemency Project at the Georgia Coalition Against Domestic Violence. Patricia has an MFA Theater from Sarah Lawrence College and a Master’s of Professional Writing from Kennesaw State. She has taught writing and theater at universities in the Atlanta area, including Agnes Scott College, Oglethorpe University and University of West GA. 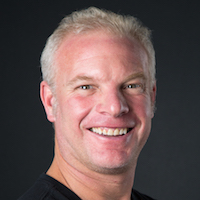 Michael is a writer, director and producer with twenty years experience creating film, television, animation and digital media. He began his career writing and directing television commercials while earning his undergraduate degree in broadcasting and film at Boston University’s College of Communication. Soon after he landed in Los Angeles working in production on series and specials for ABC, NBC, CBS and HBO before taking a job as assistant to Steven Spielberg at Amblin Entertainment and then went onto serve in creative affairs at Hollywood Pictures. Michael then embarked on a career as a screenwriter, helping pen more than twenty feature screenplays for Paramount, Disney, DreamWorks, Fox and Universal, including Vampire In Brooklyn, Home On The Range, Good Intentions and Spirit: Stallion of the Cimarron, which was nominated for an Academy Award in 2002 as best animated feature.  He also served as screenwriter on the animated sequels to Mulan, Lilo & Stitch, The Emperor’s New Groove and 101 Dalmatians. An opportunity to serve as creative consultant to Turner Entertainment took him home to Atlanta in 2007. He went onto work as a writer, director and executive producer with non-fiction production houses Encyclomedia, Shed Media, Crazy Legs Productions and Trailblazer Studios before launching his own production company, Lucky Dog Filmworks, which now serves as his home for creating film, television and commercial content. In television, Michael has worked with Animal Planet, Cartoon Network, Travel Channel, History, Discovery, NBC, TBS, TLC, OWN, DIY, MSNBC and A&E. Michael has lectured at Georgia State University, Morehouse College, Clark University, Savannah College of Art & Design, Art Institute of Atlanta, The Creative Circus, University of South Florida, Boston University and various writing organizations throughout the south. He presently serves as screenwriter mentor to the Atlanta Film Festival, founder of Screenwriter School, advisor to Emory Continuing Education’s Certificate of Screenwriting Program and as a lecturer in screenwriting for Emory’s Creative Writing Program. University. His book Crash! Boom! Bang! How to Write Action Movies was published in 2017. 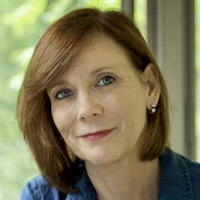 Amy Pence authored the poetry collections Armor, Amour (Ninebark Press), The Decadent Lovely (Main Street Rag), and the chapbook Skin’s Dark Night (2River Press). Her hybrid book on Emily Dickinson— [It] Incandescent– was released by Ninebark in 2018. She received her MFA from the University of Arizona. In addition to poetry in journals such as The Antioch Review, The Oxford American, and Juked, she’s also published short fiction, interviews, reviews, and essays in a variety of journals, including Western Humanities Review, WSQ, The Rumpus, Poets & Writers, and The Writer’s Chronicle. She lives in Pine Lake, Georgia. 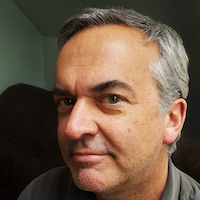 Andy Plattner’s short story collection, Dixie Luck, was published in April 2018 by Mercer University Press. The collection includes Terminal, which won the gold medal in novella writing from the Faulkner Society in 2016. His other works include the novel Offerings from a Rust Belt Jockey, which won Dzanc Books’ Mid-Career Novel Award and the Castleton-Lyons Book Award. Winter Money, his first story collection, was given the Flannery O’Connor Award from the University of Georgia Press. His short fiction has been published in journals such as The Paris Review, Sewanee Review, Fiction, The Southern Review and Epoch. 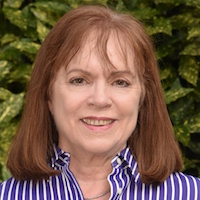 Lynn Salsi, MFA is an author, playwright, storyteller, media producer, and scholar. She has published multiple books, plays, poetry, articles and essays. Her writing awards include an American Library Association Notable Book Award, Jackqueline Longhard World Understanding Lecturer, Stars and Flags gold medal, and a Pulitzer Prize nomination for The Life and Times of Ray Hicks, Keeper of the Jack Tales. Salsi’s scholarly concentrations include Use of Inherited Narrative in Writing Fiction and Cultural Depictions in Literature in the Age of Digital Modalities. 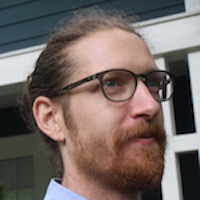 Nick Sturm is an Atlanta-based poet and scholar. His poems, collaborations, and essays have appeared in The Brooklyn Rail, PEN, Black Warrior Review, The Best American Nonrequired Reading, and elsewhere. His scholarly and archival work on the New York School of poets can be traced at his blog Crystal Set. His first book of poems, How We Light, is being reissued by Big Lucks in 2018. 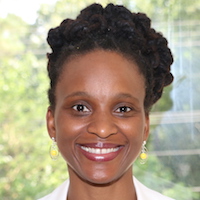 Chika Unigwe was born in Enugu, Enugu State, Nigeria. She has undergraduate and graduate degrees from the University of Nigeria and the KU Leuven, Belgium. She holds a PhD from the University of Leiden, Holland. Unigwe is the author of four novels, including On Black Sisters Street and Night Dancer. Her short stories and essays have appeared in various  journals including The New York Times, The Guardian, Aeon, Wasafiri, Transition, Guernica, Agni and the Kenyon Review. Her works have been translated into many languages including German, Polish, Hebrew, Italian, Hungarian, Spanish and Dutch. A recipient of several awards, she sat on the jury of the 2017 Man Booker International Award and is the director of Awele Creative Trust, an NGO she set up to encourage creative writing among young Nigerians. 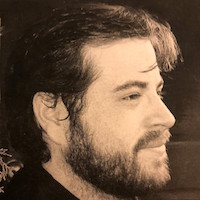 William Wright is author or editor of over twenty volumes, including Tree Heresies (Mercer University Press, 2015), Night Field Anecdote (Louisiana Literature Press, 2011; revised edition, Iris Press, 2018), and Bledsoe (Texas Review Press, 2011). His editions include the multi-volume Southern Poetry Anthology, the eighth of which is set to release in summer of 2017, featuring poets of Texas. Wright has also co-edited Hard Lines: Rough South Poetry (University of South Carolina, 2016), which explores the dark realities of southern identity via poetry from new and established voices. Wright recently co-edited The World Is Charged: Poetic Engagements with Gerard Manley Hopkins (Clemson University Press/Liverpool University Press). His newest volume, Specter Mountain, a book of collaborative poetry co-written with poet Jesse Graves, was published in March 2018 by Mercer University Press. Wright has two forthcoming collections, Grass Chapels: New & Selected Poems, will be released by Mercer University Press in late 2018 or early 2019, and Self-Portrait as Late Autumn Frost, from Iris Press. Additionally, Wright is working on a novel and a collection of essays called The Hypnophobic Dreamer: Essays on Poetry and the Imagination (Iris, forthcoming). He recently published work in Kenyon Review, Prairie Schooner, AGNI, and Oxford American. He has been awarded Georgia Author of the Year (2016), Georgia Editor of the Year (the Georgia Center for the Book, 2015), and has won myriad prizes for his poems. He lives in Marietta, GA, with his wife, the writer Michelle Wright.