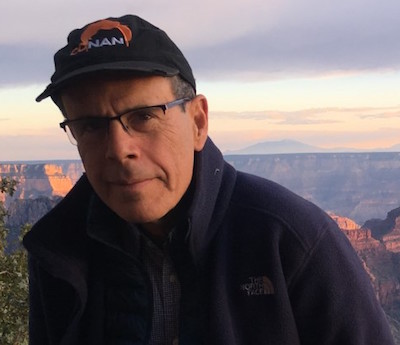 A reading by Ben Yagoda

Ben Yagoda is author, coauthor or editor of thirteen books, including Will Rogers: A Biography; About Town: The New Yorker and the World It Made; How to Not Write Bad; and The B Side: The Death of Tin Pan Alley And the Rebirth of the Great American Song. His most recent projects relate to the short-story writer O. Henry. The first is an edition of O. Henry’s selected writings, published by the Library of America in June 2021. The second—for which Yagoda was awarded a Guggenheim Fellowship—is a historical novel about the writer’s years in New York City, 1902-1910.

In more than forty years as a freelance writer, Yagoda has contributed to Slate.com, the New York Times Book Review, the New York Times Magazine, The American Scholar, Rolling Stone, Esquire, and publications that start with every letter of the alphabet except Q, X and Z. Between 2011 and 2018, he wrote roughly one post a week for Lingua Franca, a Chronicle of Higher Education blog about language and writing. His personal blogs are Not One-Off Britishisms (notoneoffbritishisms.com) and Movies in Other Movies (moviesinothermovies.com).

He is a native of New Rochelle, New York; a graduate of Yale; and a resident of Swarthmore, Pennsylvania. In 2018, he retired after twenty-five years teaching writing and journalism at the University of Delaware. Before that, he was a film critic for the Philadelphia Daily News and an editor for Philadelphia and other magazines. He is a member of the Society of American Historians, The Authors Guild, and the National Book Critics Circle.