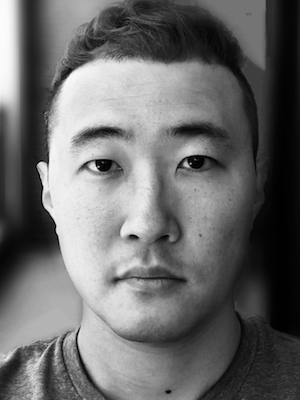 A reading by Matthew Salesses from his new novel Disappear Doppelganger Disappear, followed by a conversation with Creative Writing faculty member Tiphanie Yanique. Attendees will be invited to join in with their own questions.

Matthew was adopted from Korea. In 2015 Buzzfeed named him one of 32 Essential Asian American Writers. His essays have been published in Best American Essays 2020, NPR Code Switch, The New York Times Motherlode, VICE.com, Gay Magazine, and many other venues. His short fiction has appeared in Glimmer Train, American Short Fiction, PEN/Guernica, and Witness, among others. He has received awards and fellowships from the Bread Loaf Writers’ Conference, Glimmer Train, Mid-American Review, [PANK], HTMLGIANT, IMPAC, Inprint, and elsewhere.

Matthew is currently an Assistant Professor of English at Coe College, where he teaches fiction writing and Asian American literature. He earned a Ph.D. in Literature and Creative Writing from the University of Houston and an M.F.A. in Fiction from Emerson College. He serves on the editorial boards of Green Mountains Review and Machete (an imprint of The Ohio State University Press), and has held editorial positions at Pleiades, The Good Men Project, Gulf Coast, and Redivider. He has read and lectured widely at conferences and universities and on TV and radio, including PBS, NPR, Al Jazeera America, various MFA programs, and the Tin House, Kundiman, Writers @ Work, and Boldface writing conferences.